Then, my elder sister and square shirt

Continuous television novel in the NHK morning broadcast in 2016 "and, if, my elder sister". "Hamamatsu" "fabric" but it was a big topic that it was a background of a story, and I was seeing a broadcast pleasantly every morning, too. I had started a workshop so that i could also sew the style of the straight line line which doesn't require dressmaking technology at home by a broadcast broadcast of "straight line cut dress workshop" at the end of July in it. The heroine who put on a multicolored yukata dress and workshop Sean advancing in the proposition with the design to expand an image of straight line cut and the smiling face by which a participant seems funny advanced towards television screen. Hamamatsu is also a producing center of a yukata.

It flashed into a head suddenly.

Another person's of oneself flustered clearly.

The "how to make classroom of" an open-necked shirt I myself who don't also leave that were holding was the morning when the last day is met.

Hamamatsu is also a producing center in the best of Japan yukata birthplace. So, I'd like to do. And "The sucker who can be sent?"

But if it's held, even two months later will be August of next month, not one year later. Remaining halfmoon. Preparations were a war with time.

After a while is busy and preparations have started. Adjustment on a day of information on a holding place, the design of the dress, pattern promotion, sewing procedure production, handbill picture taking, sample stitch and an institute and participant recruitment 、、、、. I asked for advice with person's a lot of hands to advance it of course.

I finish running through lead time somehow and starts the course. The participation application about which I worried was also surprised full house. From the city, you also participated from Susono-shi far, and the height of the interest to the homemade clothes and the local material was felt. And with the technique I myself call "straight line cut" above all, even HA came and was big.

The "straight line cut" by which I was first experience actually, too. It was easy-going of the size sense that I was most astonished at the technique. The dress made with a workshop was only type 1, but it was possible to put it on from a female medium way to the way of 3 large. As soon as the design is also devised. When a length of a dress is changed, it can also be put on as a shirt. And "reduction in working time" "the distribution by which business doesn't do dressmaking technology" it was the major breakthrough by which the none is surprise for me.

2018 "straight line cut dress" is made a shirt and "square shirt" is proposed this year from this experience. The "type" which enjoys the material of the Enshu fabric a variation is is made, and it's being advanced at 3 desks of "sale" "order" "I make a business trip scratchily, lecture" in order to enjoy Enshu fabric pleasantly in the daily life casually. The try which has just still started is pulse-pounding, this time, a goal, I ask about the after halfmoon front", it isn't to say, so I may feel comfortable a little. warai


I think I hope that a square shirt can be the person in charge who comes and has enjoy itself with Enshu fabric of the world quality and its producing center Enshu Hamamatsu. 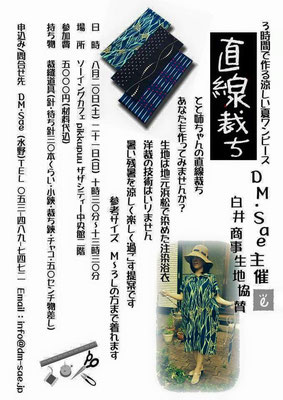 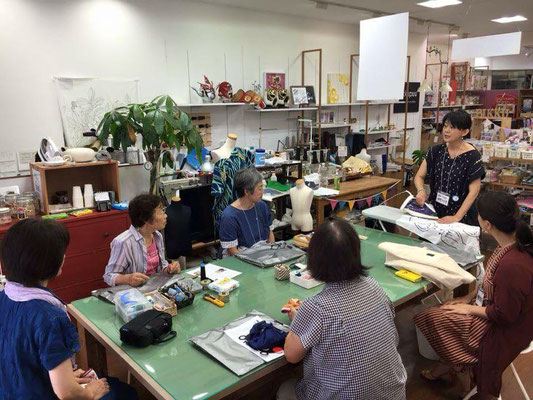 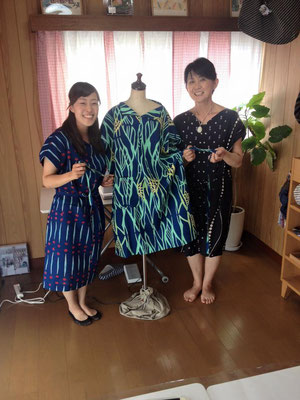